NEW DELHI: Flagging the concern over exponential increase in vehicles on roads, the Nation Green Tribunal (NGT) chief, Justice Adarsh Kumar Goel suggested on Monday that the number of vehicles allowed on any stretch should be decided based on its carrying capacity. He also said there is a need to take note of the huge number of silent deaths happening due to air pollution.
Addressing a conference on road safety organised by the India chapter of International Road Federation (IRF), Justice Goel said, “We need to consider a couple of things from an environmental point of view — what is the carrying capacity of a road? Can we decide that a certain number of vehicles will be allowed on a stretch considering its carrying capacity. We must consider all these aspects.”
In 2018, an NGT bench headed by Goel had directed the government to conduct a study on the number of vehicles that should be permitted in Delhi in proportion to the capacity of roads while hearing a plea on the large number of idle vehicles parked on roads causing congestion and leading to air pollution. It had asked the Centre to consult with other state governments on this issue.
The NGT chief also said there is a need to sensitise people on how many persons are silently dying because of air pollution caused by vehicles. “Several lives are lost in road accidents. Many lives are also lost because of the environment, which you can’t see…earlier, people used to keep the windows of their cars open while travelling. But we close them because of pollution…Apart from air pollution, the sound of heavy vehicles, horn, and dust affect various parts of the human body which are currently not part of road safety,” he said.
Justice Goel said policies and orders can’t be enforced unless there is will power and commitment.
Speaking at the conference, director general (DG) of roads in the road transport ministry, Ravi Prasad said first there is a need to accept the reality and then only solutions can be found. He said the highway development in the country is more about “retrofitting” — existing roads being widened to highways and a very few are greenfield highways. 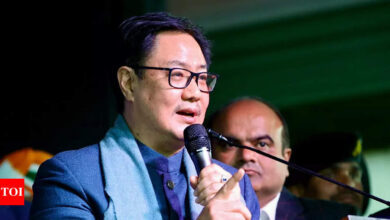 Judges are not elected, so can’t be replaced: Law minister Rijiju | India News 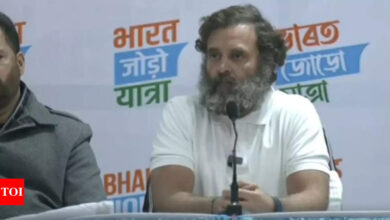 ‘These are personal views, not held by centre of the party’: Rahul Gandhi on Digvijaya’s questions over surgical strike | India News