Shahid Kapoor will be seen next in ‘Farzi’ and that will be his OTT debut series. The show created by Raj and DK also stars Vijay Sethupati, Raashii Khanna and Kay Kay Menon. While the first look posters of all the actors have left people intrigued, the makers have dropped a hilarious video before the show’s trailer launch.
Earlier, Shahid had announced that the film’s trailer will be out on January 11. But today, a fake trailer was launched and it was hilarious. One can see Shahid’s duplicate pulling off really bad-looking, funny action and he says, ‘asli banke waise bhi kya mila’. Then appers the title ‘Farzi’. We then see the real Shahid in frame interuptting the fake Shahid and revealing to the viewers that this trailer is fake and the actual trailer will be out on January 13.

Fans were left laughing after seeing this video. Shahid’s brother, Ishaan Khatter commented on the video and wrote, “Ded 🤣”
Earlier Shahid had shared his first look from the series and he wrote, “Artist toh artist hota hai”.

From the looks of it, Shahid plays a painter in the series but there’s obviously more to his role, than what meets the eye right now. The series also stars Amol Palekar, Regina Cassandra and Bhuvan Arora. This thriller will have eight episodes and is set to release on February 10. 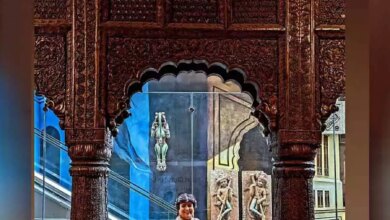 TMKOC: Bhide’s daughter Sonu in Tarak Mehta is so bo*ld in real life, see her desi and western look 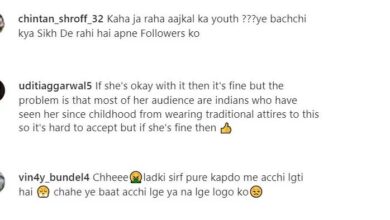 Pamela Anderson opens up about her leaked sex tape in Netflix’s docuseries: ‘You became a caricature’