The Ambani family announced Anant Ambani’s engagement to his long-time girlfriend Radhika Merchant in December, last year after the couple had a Roka ceremony at Srinathji Temple in Nathdhwara, Rajasthan. Later, Anant and Radhika celebrated their Roka at the Ambani residence Antilia in Mumbai, with a grand bash. Now, the lovely couple has got engaged officially at a grand engagement ceremony held in Antilia on January 19, Thursday. Post the engagement ceremony, the Ambani family hosted a grand reception, which was attended by the most popular faces of Bollywood.

The biggest crowd-puller of Bollywood ditched his signature tuxedo look and opted for comfortable ethnic wear, as he attended Anant Ambani and Radhika Merchant’s engagement reception. Salman Khan looked handsome as ever in a navy blue silk kurta, which he paired with matching trousers. The Tiger 3 star is seen in his thick-beard looks in the pictures, and he completed his look with his signature silver bracelet and black ensembled sneakers.

Salman Khan was accompanied by his niece Alizeh Khan Agnihotri, who looked pretty in a white mirror work lehenga. Alizeh, who is the daughter of Salman’s younger sister Alvira Khan Agnihotri and her husband Atul Agnihotri, completed her look with matching heels and a silver hand bag.

Check out Salman Khan and Alizeh Khan Agnihotri’s pictures below: 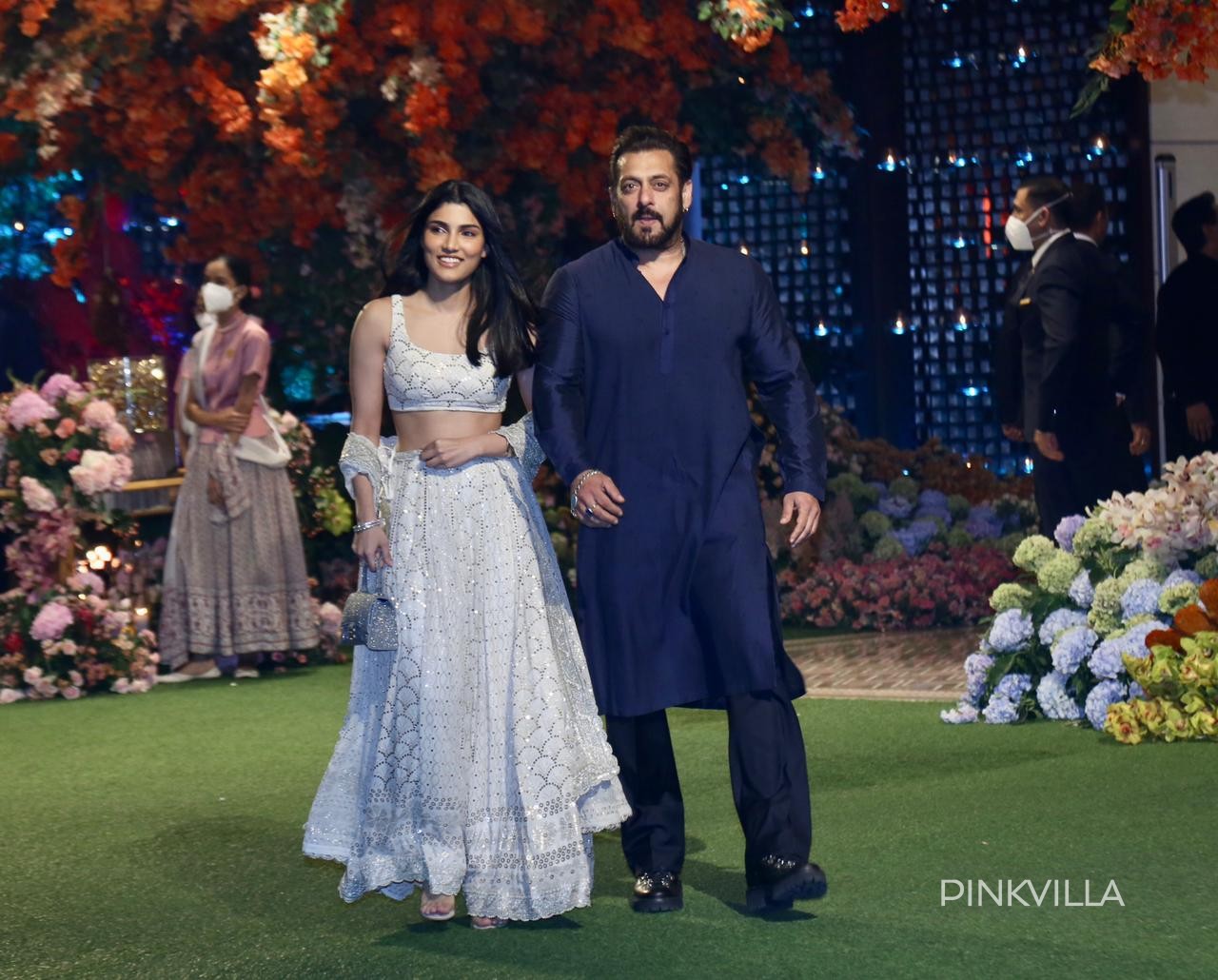 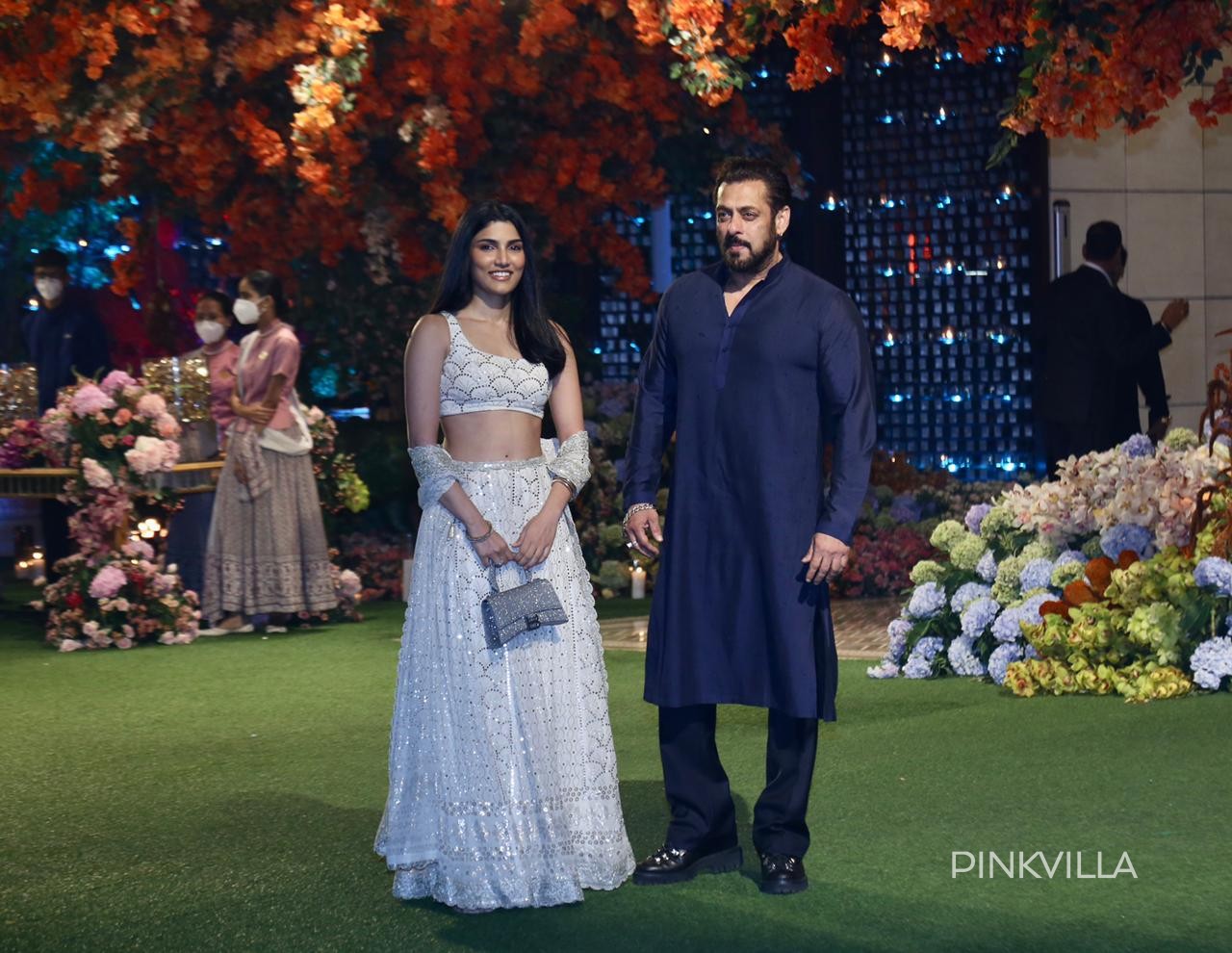 The Bhediya actor attended Anant Ambani and Radhika Merchant’s grand engagement reception with his lovely wife, fashion designer Natasha Dalal. Varun Dhawan twinned with his favourite actor and mentor Salman Khan at the event, as he opted for a navy blue kurta set, which he paired with an embroidered jacket. Natasha Dalal, on the other hand, looked pretty in an ensemble lavender lehenga. She completed her look with diamond jewellery, a silver clutch, dewy make-up, and her signature beach-waved hair.

Check out Varun Dhawan and Natasha Dalal’s PICS below: 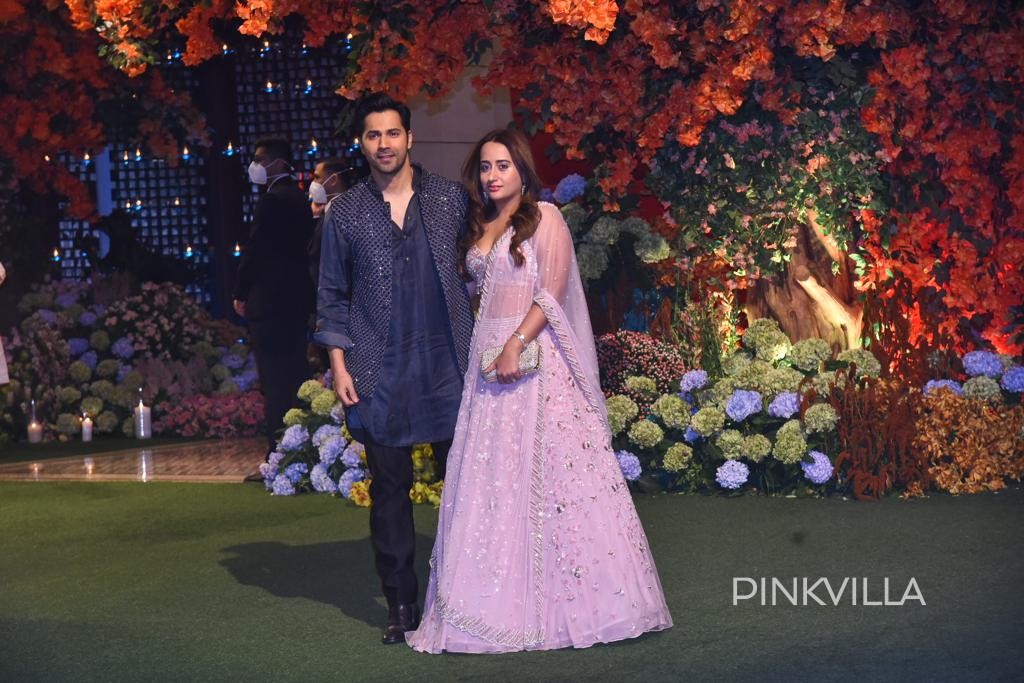 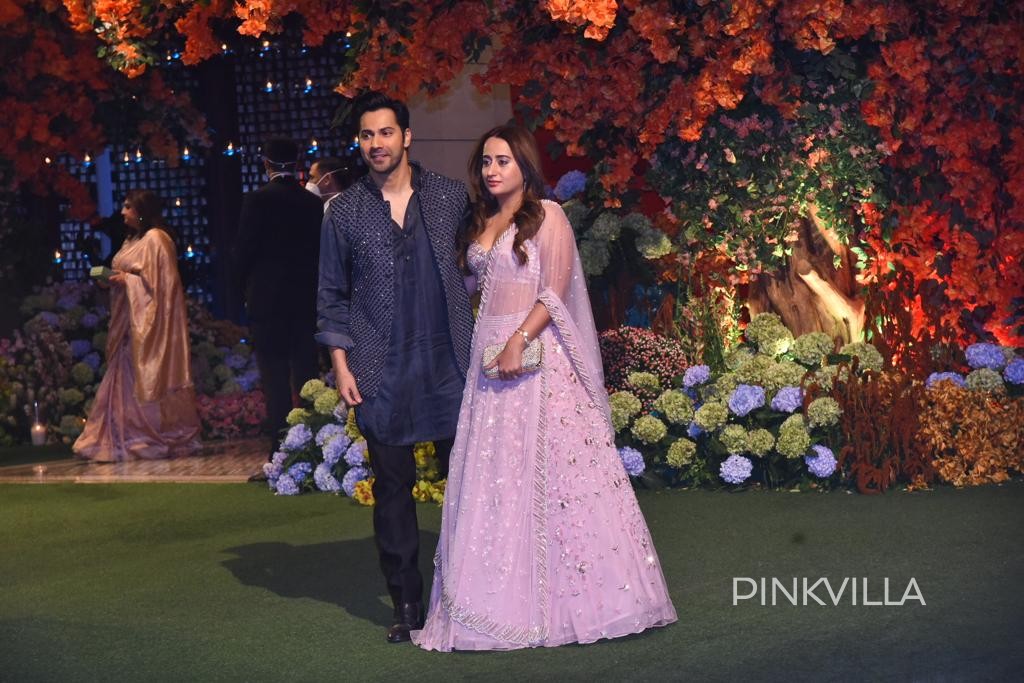 The Kapoor sisters turned heads at Anant Ambani and Radhika Merchant’s engagement ceremony, as they looked glamorous in gorgeous lehengas. Janhvi Kapoor looked ethereal in a mint green lehenga with heavy silver embroidery. The Mili actress completed her look with statement earrings and rings, wavy hair, and rosy make-up. Khushi Kapoor, who is set to make her acting debut with The Archies, opted for a beautiful white lehenga for the night. She completed her look with a matching chocker set, dewy make-up, a sleek bun, and a statement handbag.

Have a look at Janhvi Kapoor and Khushi Kapoor’s pictures below: 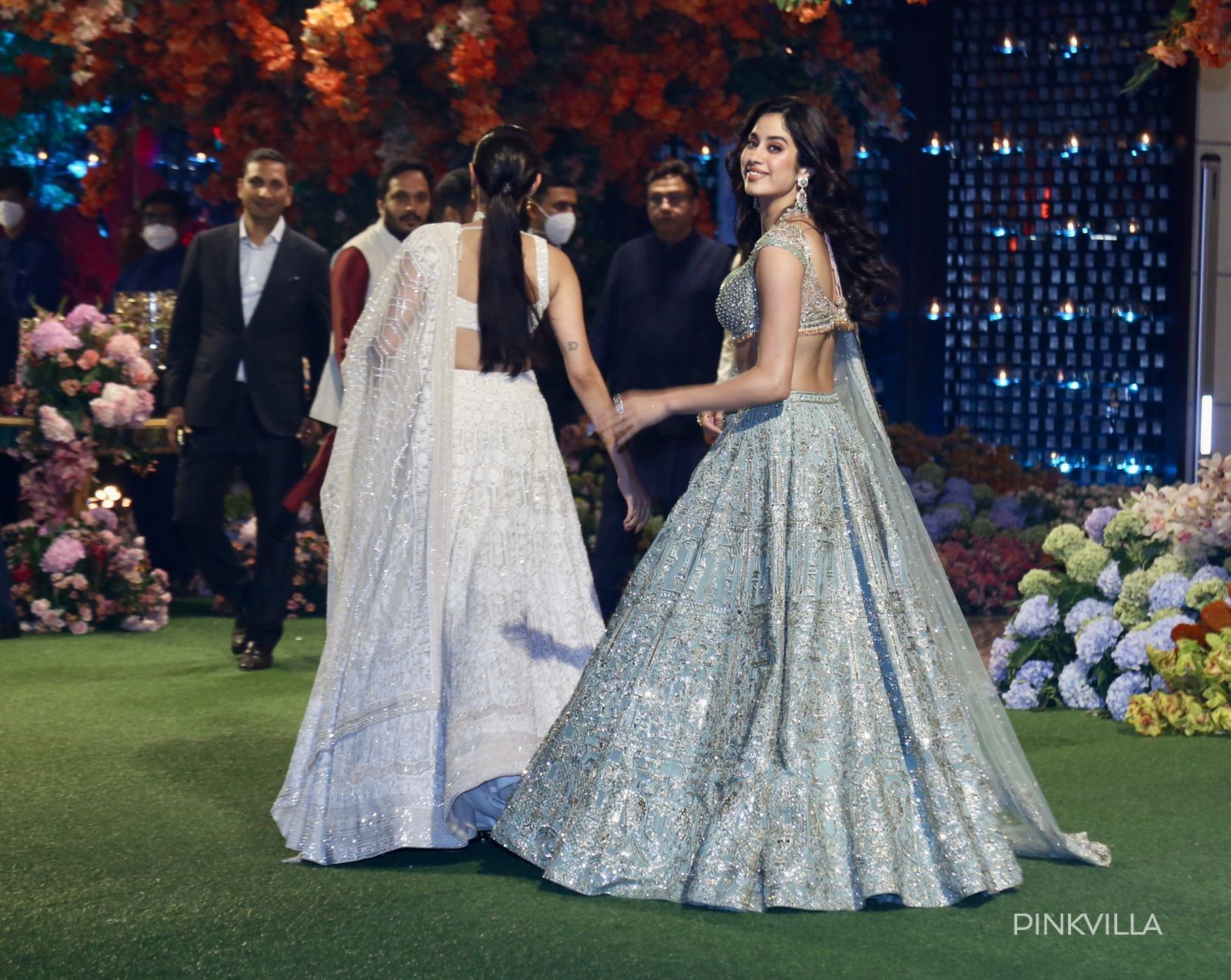 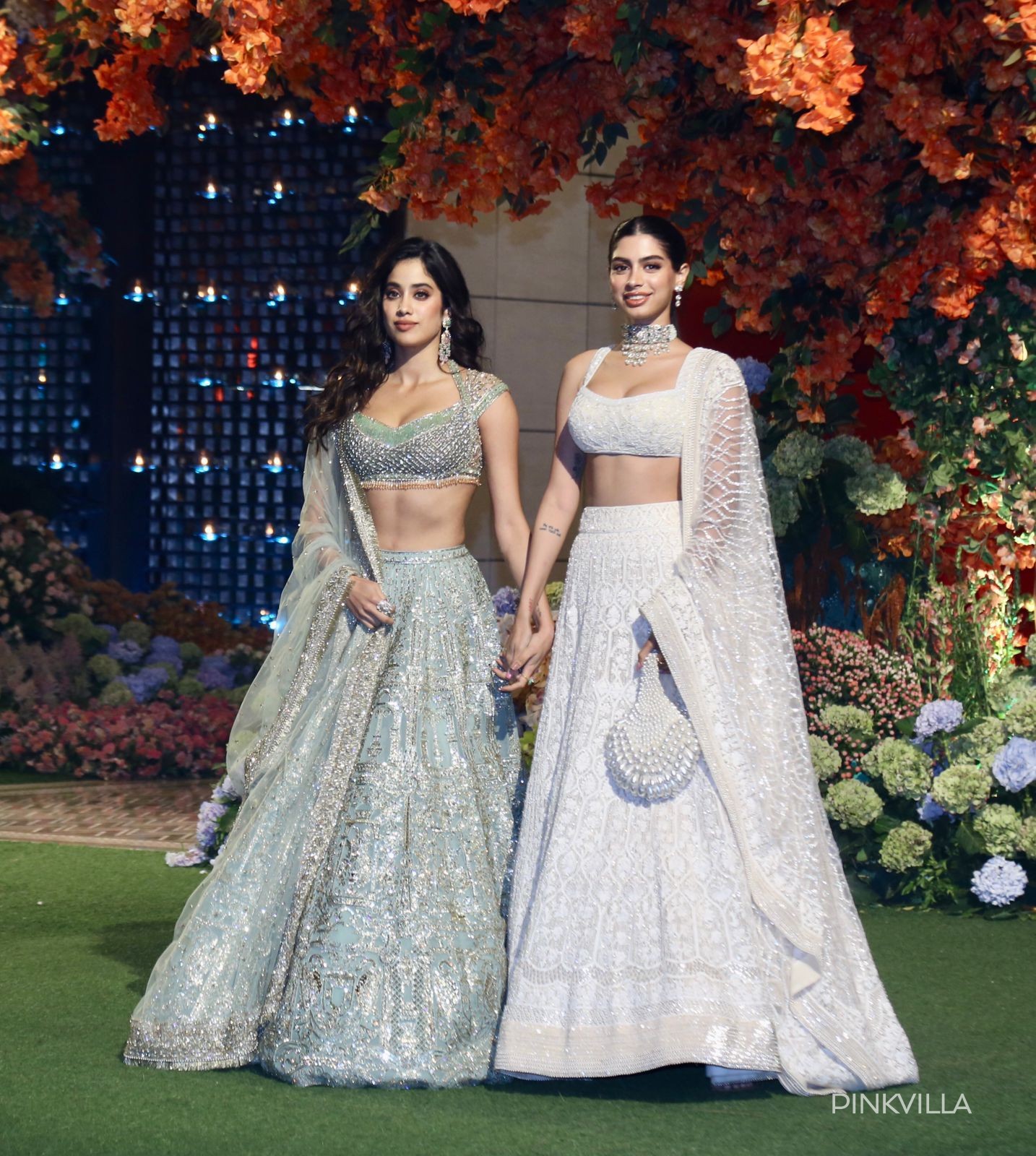 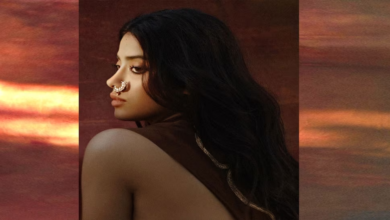 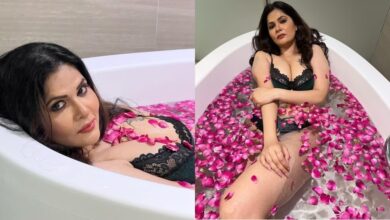 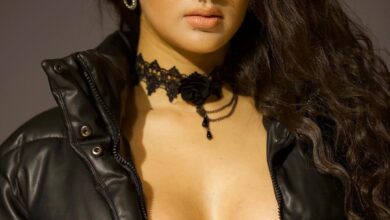 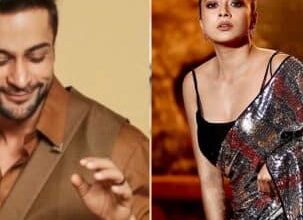