Andrew Shue is still a laid back dad even after his estranged wife, Amy Robach, was publicly exposed for having an extramarital relationship with one of her coworkers.

The Melrose Place actor’s son Nathaniel, 26, shared a sweet family photo featuring himself, his 55-year-old father and his brothers, Aiden and Wyatt, to mark the end of a tough year.

“RIDERS ON THE STORM. ON TO ‘23,” Nathaniel wrote white sitting on a green outdoor couch beside his loved ones.

Andrew shares all three of his kids with his ex-wife, Jennifer Hageney, whom he was married to from 1994 to 2009.

Just one year later, the Gracie actor tied the knot with Robach, whom he allegedly split from in August.

Although Andrew and Amy reportedly parted ways before she landed herself in the headlines for having an affair with Good Morning America costar T.J. Holmes, an official divorce has yet to be finalized.

Upset fans of The Rainmaker star quickly flocked to his son’s comments section to express their sorrow over what Robach did.

“I’m pulling and praying for you and your sons, Andrew!!! Just know that she always had that in her, and was just biding her time for something that she wanted, which wasn’t much in TJ’s case. Real people are highly angered by what they both did to you!!! Hang tough bro!!! 💙🙏🏾💪🏾,” one social media user wrote in regard to Robach, whose alleged affair was exposed on Wednesday, November 30, after a series of released photos caught her and Holmes in the act.

“Good-looking set of men here..you all will be fine..it will take time,” a second individual wrote in encouragement, as another added, “what a beautiful family! You have all you need right there in that picture. All the best in 2023! ❤️❤️❤️❤️❤️.”

Andrew was quick to cut to the chase after news broke of his estranged wife’s sneaky workplace relationship, with the American Shaolin actor almost immediately removing all traces of Robach from his personal Instagram account.

Just one day after Holmes and Robach’s rumored romance became public knowledge, a friend of the 49-year-old broadcaster confirmed her divorce was near completion.

“Amy and Andrew are divorcing, it’s almost finalized. He moved out earlier this summer,” the source revealed. “They’ve constantly had problems over the years and they finally broke up.” 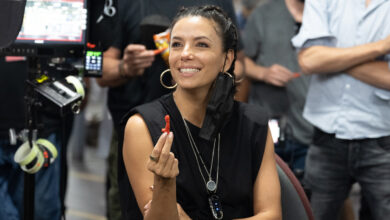 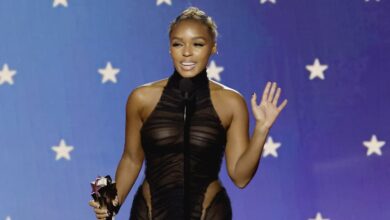 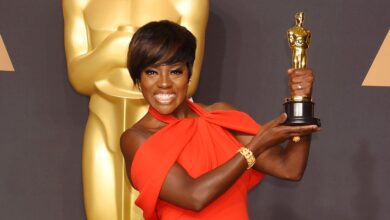 Entertainers Who Almost Have an EGOT 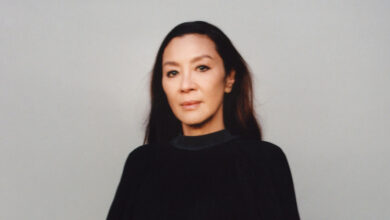 Michelle Yeoh Opens Up About Her Religious Beliefs, Feeling Underestimated & Going on Dates