INDORE: The world listens to India and the country has what it takes to become the global skill capital, PM Narendra Modi said Monday while inaugurating the 17th Pravasi Bharatiya Diwas convention in Indore.
“Today, the world listens to India. It can become the engine of development of the world,” he said. “India taking over the G20 presidency this year gives a great opportunity to make the world aware of India’s experiences to attain a sustainable future and learn from these experiences.”
He called the NRIs ambassadors of India’s heritage, Make in India campaign, yoga, ayurveda, the cottage industry and handicrafts. He asked them to be “the brand ambassadors of India’s millets”, saying 2023 has been declared the International Year of Millets and appealed to everyone to take some millet products back home.
President of Guyana Dr Mohamed Irfaan Ali and President of Suriname Chandrikapersad Santokhi were the special guests on the occasion.
Modi said that more than 200 meetings will happen in cities across India as part of the G20 summit, offering a “great opportunity to establish meaningful connections with the delegates of many countries”. G20 is not just a “diplomatic event, but it should be turned into a historic event of public participation where one can witness the sentiment of Atithi Devo Bhava”, he said.
Referring to the Indian philosophy of treating the entire world as one’s own country and considering all humanity as brothers and sisters, Modi said our ancestors laid the foundation of India’s cultural expansion.

He said Indians have traversed the globe, and while living among different cultures and traditions have found ways to unlock the gates of prosperity through business partnerships. He suggested there should be a sustained effort by universities and research institutions to document the lives, struggles and contributions of NRIs.
Urging NRIs to visit India during festivals or watch events related to Azadi ka Amrit Mahotsav, he said: “With traditional understanding and modern approach, the young diaspora will be able to tell the world about India more effectively. With increasing curiosity about India among the youth, tourism, research and glory of India will be enhanced… In the past eight years, India has tried to strengthen its diaspora. It is India’s commitment today that wherever you are, the country backs your interests and expectations.”
He said the world is watching India with great curiosity because of its achievements in recent years. India is creating multiple records of launching hundreds of satellites at once, he said, and India’s software and digital technology capability is leaping forward. Modi said India will grow stronger in the foreseeable future and urged everyone to enrich their knowledge about the nation’s progress.
He released a commemorative stamp, ‘Surakshit Jaayen, Prashikshit Jaayen’, and inaugurated the first-ever digital PBD exhibition on the theme ‘Azadi Ka Amrit Mahotsav – Contribution of Diaspora in Indian Freedom Struggle’.
‘Indore is Swachh & Swad capital’
PM Narendra Modi described Swachh #1 Indore as Swad Ki Rajdhani (capital of taste). “In Indore, 56 dukan is famous, so is Sarafa. That is why, along with being the capital of cleanliness, it is also called Swad Ki Rajdhani,” he told the Indian diaspora at the Pravasi Bharatiya Divas convention. “I’d call Indore a ‘daur’ (era). The city moves ahead of time but carries along with it the rich heritage. It is not only known for cleanliness, but for food. Apna Indore, apanka Indore.”
Watch PM Modi calls Pravasi Bharatiyas ‘Rashtradoots’ or brand ambassadors for India on foreign soil 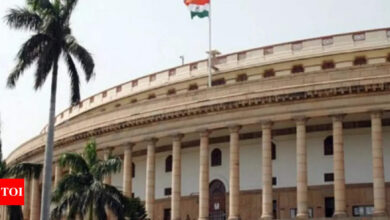 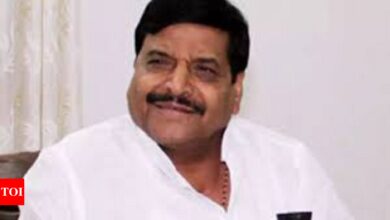 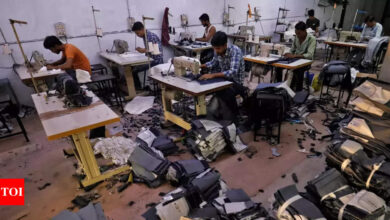 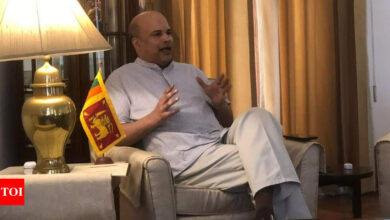