T.J. Holmes may be off the air at the moment…

… but he isn’t off the hook for being a seemingly terrible person.

As you likely know by now, Holmes and co-host Amy Robach were removed this month from their roles on Good Morning America after photos surfaced that basically proved they carrying on an extramarital affair.

Both journalists are married, although Holmes very recently filed for divorce from Marilee Fiebig.

Ever since speculation over the affair with Robach went viral, rumors of other times in which Holmes stepped out on his wife have also run rampant across the Internet.

But now we’ve heard the most disturbing one to date.

According to The Daily Mail, Holmes slept multiple times in 2015 with ABC News coordinator Jasmin Pettaway … who was only was 24 years old at time, while Holmes was 37.

Holmes had been married to Fiebig for five years at that point, while Pettaway worked as an intern.

On at least one occasion, this insider says Holmes and Pettay had intercourse in the former’s office, mere hours before he went on air.

“They had sex and I know she was confused afterwards as to what it meant,” reports The Daily Mail, adding of Pettay’s reaction:

“That kind of ‘Did that just really happen?’ feeling. I mean that’s pretty risky behavior on his part.”

Pettaway and Holmes’s sexual relationship continued for several months and included him visiting her at her apartment before “it fizzled out,” this publication adds.

Overall, the source has very few kind words to say about the long-time anchor.

“He was a predator who took full advantage of his position, and he was reckless,” this person tells The Daily Mail.

“It was Jasmin’s first real job in television, and it was a big deal for her. She was looking for a mentor, and she reached out to several people.

“T.J. was someone who was responsive, but he absolutely abused the position of trust.”

Neither Holmes nor Robach has commented on their apparent affair — or the fallout from it in their professional lives.

Page Six previously reported on that, before his relationship with Robach, Holmes cheated on Fiebig with at least two women at ABC News, including a three-year affair with married Good Morning America producer Natasha Singh that started in 2016.

Holmes and Robach continue to flaunt their romance, too, much to the irritation of their estranged spouses.

“During the holiday season and in light of the challenging times, Marilee’s sole focus has remained on the overall best interest of her 9-year-old daughter,” Fiebig’s attorney Stephanie Lehman said in a statement last month.

“To that end T.J.’s lawyer and I have been working together to move their divorce forward privately, expeditiously and as amicably as possible.

“Notwithstanding, we continue to be disappointed by T.J’s lack of discretion, respect and sensitivity toward Marilee and the party’s daughter.

“Marilee has been touched by the outpouring of support and looks forward to a new beginning in this new year.” 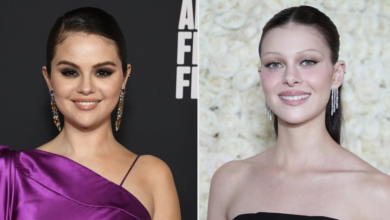 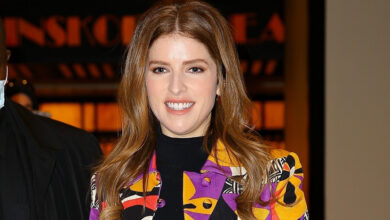 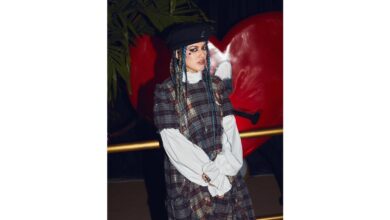