Last year, we reported that Aryanna Sierra and Sherlon McInnis were over. Finally.

It was clear to Love in Paradise: The Caribbean viewers that they had little in common, and at times struggled to simply get along.

When you factor in Sherlon’s obvious reluctance to commit to, well, anything, of course they split.

But that also makes it a little surprising to hear that Sherlon is now married. And no, it’s not to the mother of his child.

Season 2 of 90 Day Fiance: Love in Paradise filmed well over a year ago, in November 2021. At that point, Aryanna Sierra and Sherlon McInnis were still together. Sort of.

Aryanna flew to Jamaica with their son, Odin. The hope was that she and Sherlon could work on commitment issues and figure out a plan. After all, they share a child.

And her fear was that Sherlon was not only unwilling to commit to a future as a family — but actively seeing other women.

Sherlon ended up confirming some of Aryanna’s fears. He even confessed to “misleading” her early on.

“When we just met, it was all fun, you know, that was it for me and I didn’t take it as seriously as Aryanna,” we heard him admit during an episode last summer.

Sherlon then added: “We are tied because of Odin.” A child does not guarantee a lasting relationship, let alone a healthy one.

Sherlon confided to the camera that he had set about “charming” Aryanna “to think” that he was willing to commit.

“And I didn’t really mean it. But when she got pregnant, s–t got complicated,” he went on.

Sherlon then fully admitted that “I couldn’t just run away like I normally do.” Obviously, this was not a recipe for long-term happiness.

Late last year, it became extremely clear that Sherlon, who shared this (above) post, was no longer with Aryanna.

He posted passive-aggressive stuff. According to Aryanna, it was an effort to get ahead of the story.

Why? Aryanna says that he’s a total deadbeat dad who doesn’t call or provide for their son, Odin.

In August of last year, Sherlon went Instagram official with a mystery woman.

This was only nine months after Aryanna’s last visit to him in Jamaica.

He did not, and has not, revealed her identity in any public post.

Fans of the show felt a sense of whiplash. While many were critical of Aryanna (90 Day Fiance viewers are notorious for some misogynistic biases), many also felt that Aryanna “deserved better.”

Aryanna weighed in, noting that Sherlon was going on dates “with the $$$$ he made on TV.”

“But,” she continued, Sherlon “hasn’t seen his son in weeks or spent ANY money on Odin.”

Then, in December of 2022, Sherlon stunned fans and followers with an announcement: he is now a married man!

We still do not know much about his new bride, but she is certainly not Aryanna. Her name is Ashley.

Fast forward a few weeks and, this month, Aryanna alleged that Sherlon’s new wife had sent her a nasty DM.

“When do you guys think Sherlon’s wife will stop making fake accounts and leave us alone?” Aryanna asked her own followers.

She then declared that: “This is why neither of them will ever be around Odin ever.” 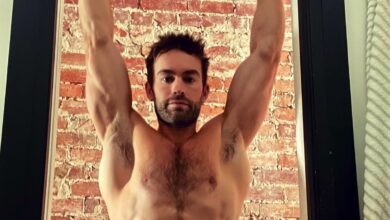 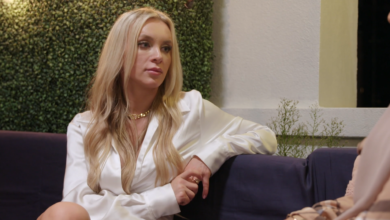 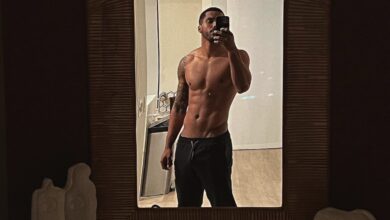