Bigg Boss 16 makers ended the love angle of Tina Datta and Shalin Bhanot on this Weekend Ka Vaar. Today, journalist Dibang and Sandiip Sikcand came as guests. Both of them trashed the two actors for their love angle which was termed as fake. Tina Datta said that she had told him to stay away since some weeks now. This was not all. The two also hinted that Tina Datta was the one who led Shalin Bhanot on, and when he got close she said they were just good friends. Salman Khan told them that they need not explain everything to everybody. Tina Datta has been routinely slammed for whatever has happened with Shalin Bhanot. Also Read – Bigg Boss 16: Archana Gautam fans lash out at makers for demotivating her; say, ‘She deserves to win the show’ [Read Tweets]

People did not like what Sandiip Sikcand said to Tina Datta. The actress and the hunk had a spat after the segment got over. They have agreed to be away from one another. Shalin Bhanot looks like a worthy contender for top five or six considering that Tina and he have given more content than Nimrit Kaur Ahluwalia and Sumbul Touqeer Khan. Fans of both the actors are slamming each other for whatever has happened. Also Read – Bigg Boss 16: Abdu Rozik’s exit results in Shiv Thakare and MC Stan’s emotional meltdown; fans slam channel for not showing his journey video

Without #TinaDatta and #ShalinBhanot Love-Hate Relationship track , #BiggBoss16 would have been a big time flop and boring in terms of content and we can feel the same from last few episodes after the end of #ShaTina

Call it Fake or Real but they ran the whole season.

Happy to see all the support Shalin is getting from everywhere after being targeted since day 1. He truly is the most deserving to win. He has given the most to the show. #BB16 #ShalinBhanot? #ShalinBhanot @BhanotShalin @ColorsTV @BiggBoss @BeingSalmanKhan pic.twitter.com/hxdwaGaBY1

Cuz that’s exactly what she did. She said I love you to #ShalinBhanot? multiple times only to throw him under the bus as per her convenience

Women empowerment is not your free card to shield shameless women like tina from their wrongdoings. She will be held accountable.#BB16 https://t.co/La2B7Dd4sm

The hypocrisy of ppl like @SandiipSikcand makes serials on strong women but pulls down a woman on NTV for 2mins fame and little money. Why is the woman blamed for “Leading On” ? #TinaDatta? #TinaDatta #BiggBoss

While the love story might not have an end like Eijaz Khan and Pavitra Punia on Bigg Boss 14 or Tejasswi Prakash-Karan Kundrra on Bigg Boss 15, it surely gave content. Tina Datta’s mom told her that Shalin Bhanot is only doing the same for content. Also Read – Bigg Boss 16: Priyanka Chahar Choudhary fans make fake celeb social media IDs to campaign for the actress? Here’s what we know 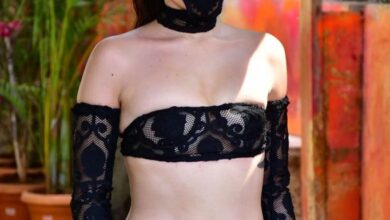 Urfi Javed came in front of the camera by covering her body with net, everything was visible in the photos! 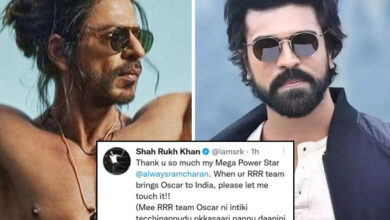 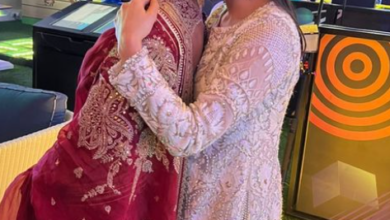 Sara Ali Khan calls Deepika Padukone ‘No 1’; Poses with Ananya in INSIDE PICS from Anant-Radhika’s engagement 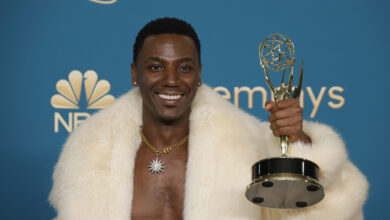 Golden Globes 2023: What made host Jerrod Carmichael’s ‘roast-filled’ monologue stand out? 3 EPIC jokes by him