NEW DELHI: Equity indices finished lower for 2nd straight session on Friday amid weak trends from global markets.
The 30-share BSE sensex declined 237 points or 0.39% to settle at 60,622. While, the broader NSE Nifty went lower by 80 points or 0.44% to end at 18,028.
From the sensex pack, Hindustan Unilever, Asian Paints, Bajaj Finance, Nestle, Bajaj Finserv, Reliance Industries, Larsen & Toubro, Maruti, Infosys and Bharti Airtel were the major laggards.
On the other hand, PowerGrid, HDFC twins, ITC and Tata Motors were the top gainers.
HUL, RIL drag
Hindustan Unilever fell nearly 4% after the company said it would pay higher royalty fees to parent Unilever . Its net profit beat estimates in the third quarter, post market hours on Thursday.
The stock, which has the second-highest weightage among fast-moving consumer goods’ firms, dragged the FMCG index nearly 1%.
Reliance Industries, India’s top firm by market capitalisation and the stock with the highest weightage in Nifty 50, fell over 1% ahead of its earnings due post market hours on Friday. RIL is expected to report a decline in profit in the December quarter.
Growth concerns
Strong jobs data from the US and hawkish comments from European Central Bank’s president Christine Lagarde on Thursday had dampened sentiment and triggered fears of rate hikes, dragging global equities.
The India volatility index fell over the last two sessions, but has hovered around the 14 mark for over a month.
“Hawkish comments from global central bank officials and macro economic data from the US have exacerbated growth worries,” Avinash Gorakshakar, head of research at Profitmart Securities told Reuters, adding that the volatility in Indian markets was also due to “lacklustre” earnings in sectors other than financials.
Traders worry the Federal Reserve and central banks in Europe and Asia that have raised interest rates to cool economic activity and inflation that is at multi-decade highs might be willing to tip major economies into recession.
Japan reported that its consumer inflation rate hit 4 per cent in December, its highest level in 41 years. The high reading may add to pressures on the Bank of Japan to alter its longstanding policy of keeping its key interest rate at an ultra-low level of minus 0.1%.
(With inputs from agencies) 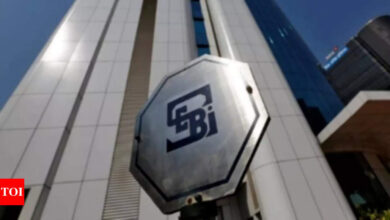 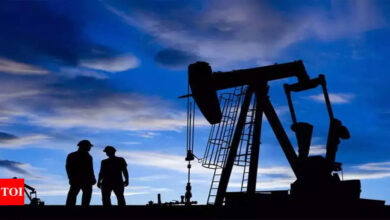 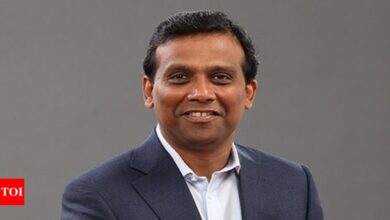