Rihanna’s highly anticipated Super Bowl halftime performance is quickly approaching, and we’re counting down the days. On Jan. 13, Apple Music, the NFL’s new partner for the Super Bowl halftime show, released a 30-second trailer, titled “Rihanna Is Back,” teasing the headlining show. The short clip features a silhouette of Rihanna as she walks into a dark, empty room while several sound bites inquiring about her return play in the background.

“It’s been 2,190 days,” one voice says, while another chimes in with, “Dude, Rihanna, we’ve waited for you.” A third voice then announces, “It’s been six years since the nine-time Grammy winner dropped an album,” until, finally, a spotlight focuses on Rihanna and her 2016 track “Needed Me” drops.

Fans aren’t the only ones anticipating Rihanna’s big halftime show. On Jan. 8, the NFL and Apple Music shared a joint video on Instagram of Rihanna sporting a hoodie with her tattooed hand holding a football on it, captioned, “5 weeks from today 🔥🔥 #AppleMusicHalftime.” The clip originally appeared on the “Anti” singer’s Instagram Stories earlier that day.

The NFL announced Rihanna’s performance, also the first-ever Apple Music Super Bowl halftime show, on Sept. 25, confirming rumors of her being the midgame entertainment on Feb. 12, when the league’s top two teams (still to be determined) face off in Glendale, AZ.

On Oct. 4, a TMZ cameraperson caught up with Rihanna at Los Angeles grocery store Bristol Farms and asked how she’s feeling about the performance. In response, she admitted to being “nervous” but also, in the outlet’s words, “excited” about the gig.

Rihanna initially shared the news with her fans via a post featuring her hand holding up an NFL football. Although she didn’t add a caption, the NFL quickly confirmed the announcement on Twitter, writing, “Let’s GO – @rihanna @rocnation #SBLVII @AppleMusic @NFLonFox.”

The famed singer has big shoes to fill this year — not that the Grammy winner has anything to worry about. In 2022, Kendrick Lamar, Mary J. Blige, Snoop Dogg, Eminem, Dr. Dre, and 50 Cent collaborated for an epic hip-hop halftime performance, and the year prior, The Weeknd helmed the show. Other recent headliners have included Shakira, Jennifer Lopez, Justin Timberlake, Lady Gaga, Beyoncé, and Katy Perry. 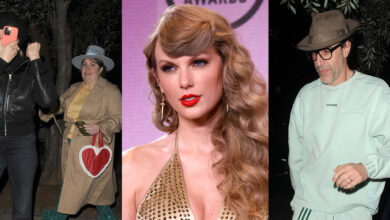 Taylor Swift Had Dinner With Three Huge Stars While in London 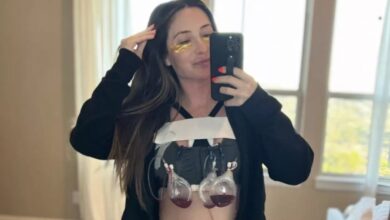 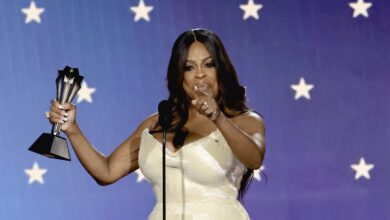