MUMBAI: The Supreme Court collegium says Mumbai advocate Somashekar Sundaresan “deserves” to be appointed as Judge of the Bombay high court and reiterated its recommendation of February 16, 2022.
The collegium said, “Having considered the objection to the candidature of Shri Somasekhar Sundaresan, the Collegium is of the view that the views on social media attributed to the candidate, do not furnish any foundation to infer that he is biased.”
In a statement dated January 18, signed by SC Collegium members Chief Justice of India D Y Chandrachud and Justices SK Kaul and KM Joseph, the collegium said, This file relates to reconsideration of the proposal’’ of advocate Sundaresan’s appointment as HC Judge.
On 04 October 2021, the Collegium of Bombay High Court had recommended his name.
On 16 February 2022, the SC Collegium recommended his name for appointment as a Judge of the Bombay HC and on 25 November, 2022, the Government sought reconsideration of the recommendation.
The collegium noted that the ground on which reconsideration of Sundaresan’s candidature was sought “is that he has aired his views in the social media on several matters which are the subject matter of consideration before the courts.’’
The collegium, in its statement, added, “The issues on which opinions have been attributed to the candidate are in the public domain and have been extensively deliberated upon in the print and electronic media. The manner in which the candidate has expressed his views does not justify the inference that he is a “highly biased opinionated person” or that he has been “selectively critical on the social media on the important policies, initiatives and directions of the Government” (as indicated in the objections of Department of Justice) nor is there any material to indicate that the expressions used by the candidate are suggestive of his links with any political party with strong ideological leanings.’’
The SC collegium noted, “ All citizens have the right to free speech and expression under Article 19(1)(a) of the Constitution. Expression of views by a candidate does not disentitle him to hold a constitutional office so long as the person proposed for judgeship is a person of competence, merit and integrity.’’
The SC collegium also said, “Sundaresan has specialized in commercial law and would be an asset to the Bombay High Court which has a large volume of cases of commercial and securities laws, among other branches. The Department of Justice has adverted to paragraph 175 of the Second Judges Case [(1993) 4 SCC 441] to the effect that the candidate to be selected must possess high integrity, honesty, skill, high order of emotional stability, firmness, serenity, legal soundness, ability and endurance. The candidate fulfills these qualities.’’ And then said, “Having regard to the above, the Collegium is of the considered view that Shri Somasekhar Sundaresan deserves to be appointed as Judge of the Bombay High Court.’’
The SC collegium also recently recommended Delhi-based advocate Neela Gokhale’s appointment as Judge of Bombay HC. The HC has currently 38 permanent Judges and 26 additional Judges, making it a vacancy of 30 Judges as the sanctioned strength is 94. 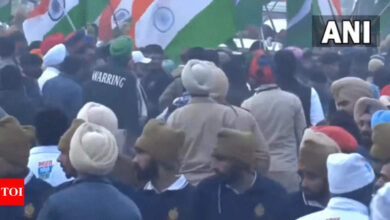 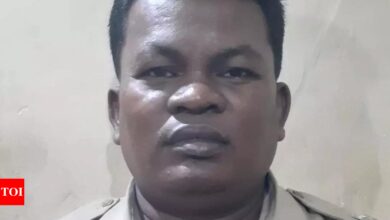 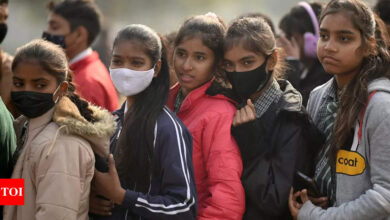 Small loans worth ₹2,500crore distributed in Kota in a day | India News