SIVERSK: In Siversk, a town north of Soledar that could be next in line for the Russian advance, Oleksandr Kuzenko and his neighbours took solace in an old tradition Friday as they hunkered down in their basement shelter.
Malanka, New Year Eve’s in the Julian calendar, is best known for famed mid-January celebrations in western Ukraine featuring colourful costumes, masks and gatherings.
But for 64-year-old Kuzenko and his neighbours of 30 years — three elderly women he helps care for — the folk holiday celebration was sparse.
A few garlands of tinsel decorated the thick blanket hung over the entrance to the only room housing a stove in the basement where they have taken shelter since their town was ravaged by shelling.
The eastern Ukrainian town of Siversk faced fierce strikes over the summer, as Moscow’s troops tried and failed several times to capture it.
A sign pinned to the blanket read: “Happy New Year 2023, year of the rabbit, year of victory!” It was illuminated by one of the only three candles they have left, already half-burned down.
“We are staying strong, trying to survive, waiting for the war to end,” Kuzenko told AFP, seated at a table bearing a couple of small plates of food they were sharing.
Nearby, one of his neighbours, 69-year-old Lyubov, stirred a pot of scraps for the many abandoned pets they now look after.
But the war may be far from over for Siversk.
It risks becoming a frontline town again, as the Russian defence ministry declares victory — a claim denied by Ukraine — in Soledar, some 30 minute’s drive south.
But with no gas, electricity or water, let alone internet, many of the 1,700 people local officials say still live in Siversk and surrounding settlements hear little of the news at the front.
“We don’t have a radio,” said Kuzenko, just “word of mouth”.
“Some say that Soledar is surrounded, others say that it is not surrounded. Let the military decide what will happen next.”
Near the steep steps leading into Kuzenko’s shelter, 55-year-old Oleksandr Sirenko said he hoped Ukraine’s troops would hold fast, as he chopped window frames and bits of floor into smaller pieces to burn for firewood.
“We only hope they don’t retreat. We are afraid, but where should we go?”
Scratching a dog’s ear outside the basement where she has lived since March, first with 17 people, now only six, Valentyna Kuteyko, 61, said: “Siversk has been surrounded more than once.
“What else is there to hit?”
As the sound of artillery rumbled along the street, she said she would, nonetheless, “stay here, try to live and to survive”.
“We are not afraid, let them shoot.”
Dmytro Afanasiev, 34, said he knew little of the news from the front, but just wanted the killing to stop.
“We aren’t worried about what could happen because of Soledar; we are worried that many people are dying,” he said.
Even as intense fighting grinds on mere kilometres away, authorities and volunteers are trying to maintain basic services, said Oleksiy Vorobyov, the head of the Siversk civil-military administration.
They hand out basic goods and even make minor repairs to buildings or restore some garbage collection.
The aid deliveries provide stoves, firewood, food and generators, he said. But the remaining residents “all lack one thing: Peace”. 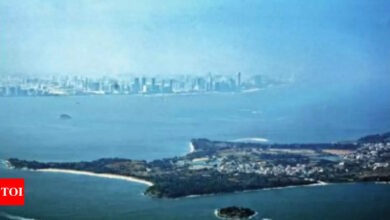 Eye on China, Philippines gives US greater access to its bases 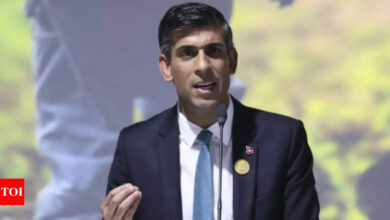 I became UK PM as I felt it was my dharma: Rishi Sunak 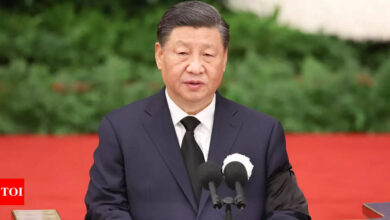 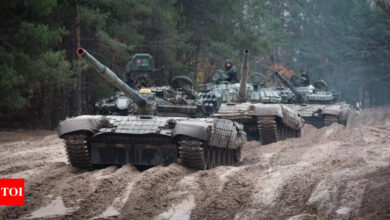