Mahesh Babu, the Telugu superstar is set to reunite with renowned filmmaker Trivikram Srinivas for the third time, for his much-awaited 28th outing in the Telugu film industry. The movie, which has been tentatively titled SSMB 28, is touted to be an out-and-out commercial entertainer and is currently in the final stages of its shooting. The Mahesh Babu starrer was originally supposed to hit the theatres in the Summer of 2022. However, the project was delayed for over a year due to various reasons.

As per the latest updates, the post-theatrical streaming rights of SSMB 28 have been bagged by the OTT giant Netflix. The exciting update was announced by Netflix India through their official Twitter handle, on January 14, Saturday. “Penu thuphaanu thalonchaina choodaataniki memu ready. Meeru? #SSMB28 is coming on Netflix in Telugu, Tamil, Malayalam, and Kannada as a post-theatrical release!” reads Netflix India’s post. If the reports are to be believed, the OTT giant has bagged the post-theatrical rights of Mahesh Babu and Trivikram’s film for a record prize.

The highly anticipated project marks Mahesh Babu and Trivikram Srinivas’s third collaboration, after the massive success of the 2005-released Athadu and 2010 film Khaleja. The much-awaited project features popular actress Pooja Hegde as the female lead. Thus, the untitled project marks Pooja’s reunion with the superstar, with whom she shared the screen in the 2019-released blockbuster Maharshi. Malayalam actress Samyuktha Menon is also said to be playing a key role in the much-awaited film.

Director Trivikram Srinivas himself has penned the story and screenplay for SSMB 28, which is touted to be a mass entertainer. Senior cinematographer PS Vinod is the director of photography. S Thaman has composed the songs and original score for the highly anticipated project. Navin Nooli handles the editing. Anbu-Arivu, the famous action choreographers who are best known for their exceptional work in the 2022-released blockbuster film Vikram, are handling the stunt choreography.

3. The original plans and unexpected delay

For the unversed, SSMB 28 was originally announced on May 1, 2021, on the special occasion of Labourers’ Day. The announcement of the project left the Mahesh Babu fans and Telugu cinema audiences who were eagerly waiting for the superstar’s reunion with director Trivikram Srinivas. The makers were initially planning to release the untitled project in the Summer of 2022. But SSMB 28 was delayed multiple times due to various issues. If the rumours are to be believed, Mahesh Babu was unhappy with the initial draft of the film’s script and asked Trivikram Srinivas to rework on the same. The grapevine suggests that the superstar even refused to start shooting for the project until the final draft of the script and dialogues get ready. Later, he lost his elder brother Ramesh Babu, and both his parents, superstar Krishna and Indira Devi, in 2022. This also resulted in the film’s unexpected delay.

In December 2022, it was officially confirmed that Mahesh Babu started preparing for his role in SSMB 28. The Telugu superstar actor was clicked at a gym in Dubai, and the picture immediately went viral on social media. The reports suggest that Mahesh Babu will be appearing in a never-seen-before avatar in the film, and is said to be bulking up for his role.

5. The title and first look, and release date

The makers are reportedly planning to announce the official title and first look poster of Mahesh Babu and Trivikram Srinivas’s film on the special occasion of Makar Sankranti, on January 15, Sunday. The highly anticipated film is slated to hit the theatres on April 28, this year.

ALSO READ: Mahesh Babu and his family clicked at Hyderabad airport as they return from vacation in London; WATCH 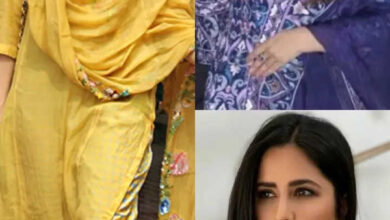 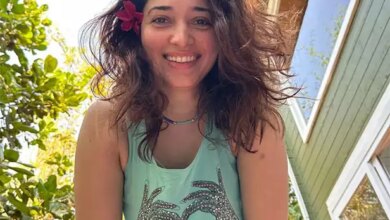 9 Pictures of Tamannaah Bhatia entering the New Year with a happy heart! 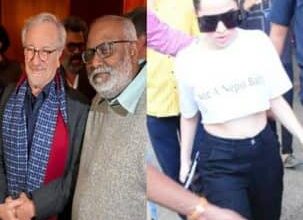 Take a look at the trending entertainment news of the day 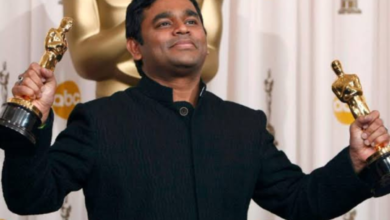 Throwback: The real story behind how AR Rahman’s Jai Ho from Slumdog Millionaire got to The Oscars | Hindi Movie News