Kim Kardashian has had one serious relationship since splitting from Kanye West, and she’s nervous to introduce men in the future to ex-husband Kanye West, as his controversial behavior has constantly gotten him in trouble.

“There’s a part of me that is like, ‘Oh my God, is everyone gonna be scared because I don’t have the easiest ex?’” the 42-year-old said on the “Angie Martinez IRL” podcast, which was released on Monday, December 26.

“I don’t think that’s fair for me to ever put someone in a situation or bring a new person in who could be super innocent,” she continued. “Then there’s a side of me that’s like, ‘Why would I ever have to live that way?’”

The reality star, who split from Pete Davidson over the summer, also revealed if she would walk down the aisle for the third time.

“I don’t know if I’ll get married again, but I’ll have my forever partner. I know that. He’s coming, absolutely,” she dished. “I’m at peace and I’m gonna have fun until that happens.”

Elsewhere on the podcast, the TV personality revealed where she stands with the rapper, 45, who made headlines in the past few months for wearing a “White Lives Matter” T-shirt to Paris Fashion Week, in addition to saying antisemitic remarks on Twitter, resulting in him getting booted from the platform — twice.

“I definitely protected him, and I still will in the eyes of my kids, for my kids. So in my home, my kids don’t know anything that goes on in the outside world, and I’ve managed to … I am holding on by a thread. I know I am so close to that not happening, but while it’s still that way, I will protect that to the end of the earth, as long as I can. My kids — they don’t know anything. So at school, some of my best friends are the teachers, so I know what goes on at recess, I know what goes on at lunchtime, I hear what is being talked about. None of the kids have ever said anything to my kids. I protect stuff in the house as far as the TVs and content,” the Keeping Up With the Kardashians alum confessed.

She continued, “[It’s] worth it because I think of course I want to disassociate in specific thoughts and things being said because that is not me, but at the same time, in my home, I could be going through something, but if we’re riding to school and they want to listen to their dad’s music, no matter what we’re going through and no matter what is happening in the world, I have to have that smile on my face and blast his music and sing along with my kids and act like nothing is wrong.”

Kardashian, who shares North, Saint, Psalm and Chicago with West, is doing her best to stay neutral for her kiddos.

“As soon as I drop them off, I can have a good cry or text back and do what I’ve got to do but it’s like … I had the best dad. It’s hard. Co-parenting is really f**king hard. But I had the best dad and I had the best memories and the greatest experience and that is all I want for my kids as long as they can have that, that is what I’d want for them. If they don’t know things that are being said, or what is happening in the world, why would I ever bring that energy to them? That’s like real heavy, heavy grown up s**t that they’re not ready to deal with. When they are, we’ll have those conversations,” she stated. “One day my kids will thank me for sitting here and not bashing their dad when I could.” 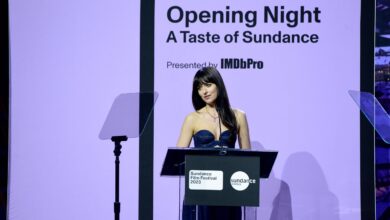 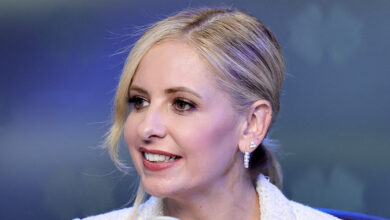 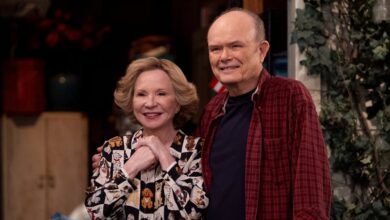 Julie and Todd Chrisley Begin Prison Sentences: What Are Their Lives Like?