Wedding bells are ringing! Reliance Industries Limited Chairman Mukesh Ambani and Nita Ambani’s younger son Anant Ambani will soon tie the knot with Radhika Merchant in a grand ceremony. In December 2022, pictures from their roka ceremony in the Shrinathji temple, Nathdwara, Rajasthan, had gone viral on social media. Post their return to Mumbai, Mukesh Ambani and Nita Ambani hosted a grand engagement party for the couple at Antilia, and it was attended by the who’s who of Bollywood including Shah Rukh Khan, Salman Khan, Alia Bhatt, Ranbir Kapoor, Janhvi Kapoor, Ranveer Singh, and others. Recently, Anant Ambani and Radhika Merchant hosted a mehendi ceremony, and pictures and videos from the celebrations have surfaced on Instagram.

Inside pictures from Anant Ambani and Radhika Merchant’s mehendi ceremony

For the occasion, bride-to-be Radhika Merchant wore a fuchsia pink custom-made lehenga set from ace designer duo Abu Jani and Sandeep Khosla. The multi-colour resham lehenga was embroidered with floral booties in contrasting shades of orange, blue, yellow, and gold. She absolutely stunning in the pink lehenga, and the jewellery further took her look to a whole another level! She wore a polki choker necklace adorned with emeralds, and matching earrings and maang tikka. Apart from these, she wore yet another long gold and emerald necklace, which added a touch of royal elegance to her look. She opted for a fuss-free hairstyle, and tied her hair back in a fish-tail braid, which was adorned with dainty white baby’s breath flowers.

A picture shared by Abu Jani and Sandeep Khosla shows Radhika looking gorgeous in the fuchsia lehenga, and is seen sitting on a decorated swing placed under a huge tree. It was decorated with thousands of marigolds, and other beautiful flowers. The bride-to-be looked happy and radiant! Check out the picture below.

Another picture that is going viral on Instagram shows Radhika Merchant posing with her henna-adorned hands. Radhika is beaming with joy in the pictures! Her make-up was also on point, and she opted for a rosy, glowing look with deep pink lipstick, pink blush, eyeshadow and soft smoky eyes lined with eyeliner. 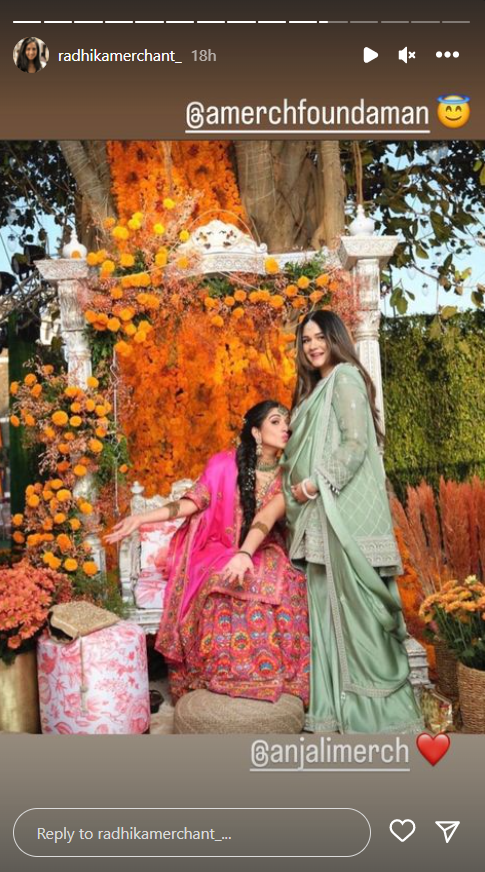 A video shared by fan pages shows Radhika Merchant dancing to the song Ghar More Pardesiya from Alia Bhatt starrer Kalank. Radhika left everyone mesmerized with her dance moves, and the guests can be seen clapping for her amazing performance.

Radhika Merchant is a trained Bharatnatyam dancer, having learnt the dance form for over eight years. In June last year, Mukesh Ambani and Nita Ambani hosted a grand Arangetram ceremony for Radhika at the Jio world Centre in Bandra Kurla Complex, Mumbai, and it was attended by Bollywood celebs such as Salman Khan, Aamir Khan, and Ranveer Singh

Meanwhile, the sister of the groom, Isha Ambani slayed in a beautiful traditional embellished kurta set by Anuradha Vakil. The pink and pistachio green kurta set featured beautiful floral embellishments. The kurta was paired with wide-legged pants, and the new mom looked absolutely radiant! She accessorized with statement jewellery that consisted of a polka and emerald necklace, and heavy matching jhumkas. She was also seen wearing heavy kadas and rings that complemented her outfit. Check out her pictures below!

About Anant Ambani and Radhika Merchant

Anant Ambani is the youngest son of Reliance Industries chairman and managing director Mukesh Ambani, and Nita Ambani. Radhika Merchant is the daughter of Encore Healthcare CEO Viren Merchant and Shaila Merchant. She also has a younger sister, Anjali Merchant. Anant Ambani and Radhika Merchant are childhood friends. Radhika has a bachelor’s degree in politics and economics from New York University. She serves as a Director on the Board of Encore Healthcare. 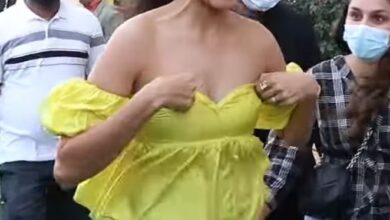 Anushka came out wearing a deep neck top, due to strong wind she became a victim of Oops Moment – Watch video 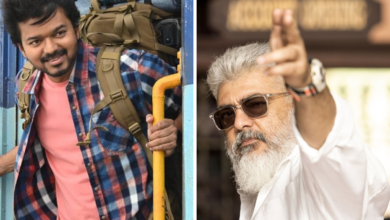 ‘Varisu’ and ‘Thunivu’ movie review and release LIVE updates: Vijay was down with 103° fever when shooting ‘Varisu’ climax reveals Khushbu 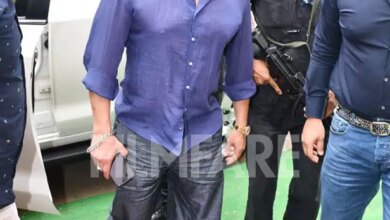 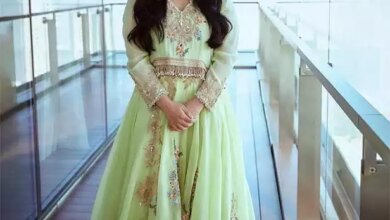