MUMBAI: Importers in India last week took advantage of the rupee’s recovery against the dollar to hedge their future foreign currency obligations, data showed.
Average dollar purchases by importers, beyond the spot date, rose to $1.64 billion last week from $1.14 billion the week before, latest data collated by The Clearing Corporation of India Ltd (CCIL) revealed.
The CCIL publishes daily forward trades by clients with a two day lag on its website.
The rupee had jumped 1.7% against the dollar in the week ended January 13, its best performance in two months, thanks to benign US inflation print. The data reinforced expectations that the US Federal Reserve will opt for a smaller interest rate increase on February 1 and that it was near to halting its rate-hiking cycle.
“The outlook on the rupee remains challenging and the dip (on USD/INR) was a good opportunity, so volumes returned after the quiet first week of the year,” a foreign exchange sales head at a private bank, who did not want to be named because he is not allowed to speak to media, said.
The rupee’s outlook has been hurt by India’s high trade deficit and weak portfolio flows. Trade deficit, which has cooled from a record of near $30 billion in July, remains high by historical standards.
India on Monday reported December merchandise trade deficit of $23.76. Meanwhile, foreign investors have taken out about $2 billion from Indian equities and debt so far this month.
“Despite the better Fed outlook, the rupee is in a difficult space,” Kunal Kurani, associate vice president at Mecklai Financial, who is advising clients to buy any significant dips on the dollar, said.
Most economists expect the Fed to raise rates by 25 basis points each at its next two policy meetings. Futures are pricing-in shallow rate cuts later this year.
The importers he advises bought dollars selectively for near-term maturities last week, from January to March, he said. 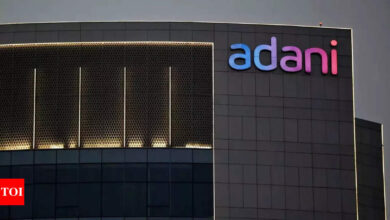