NEW DELHI: Prime Minister Modi turned breakfast meetings with party MPs during the recently concluded Winter Session of Parliament into power meetings where he explained to them the vital importance of social media and digital presence in creating perceptions in the present day and for the times to come, according to sources.
The sources said PM Modi held breakfast meetings with MPs in groups according to states on three occasions in the recently concluded Parliament session.
During these meetings, party MPs were told to rigorously work on increasing their social media following and keep the electorate engaged, the sources said.
PM Modi specially focused on the party members from Rajya Sabha to increase the people connect. BJP has a total of 92 Rajya Sabha members as of now.
“Even if the Rajya Sabha MPs have no constituencies to cater to, they should be forthcoming and encouraging in active participation in the work or responsibilities that the party assigns to them. Regular follow-up on the location assigned to them and regular visits will be beneficial to register in the mind of the locals, is said to have been told to the MPs,” the sources said.
The Prime Minister is said to have stressed om propagating the work done by the Centre and its mark on future generations.
While MPs were asked to be present in Parliament all the time and come well prepared for debates and discussions, a major thrust was put on social media presence, according to the sources.
“Individual assessment was done for all MPs on what social media presence and engagements they had.”
Some of the parameters included whether the MPs had a good presence on various social media platforms especially Twitter.
“MPs were judged on whether they shared content via NaMo App on the initiatives of the government, especially PM Modi, whether they had shared on social media on trending issues, big government decisions, the electoral success of the party, sharing media coverage and columns on the party/government actions and attacking the negative politics of opposition amongst other issues. The MPs were also asked if the content of Mann Ki Baat was widely shared or not,” the sources said.
“PM Modi asked his party colleagues how many of them had visited Pradhan Mantri Sanghralaya, Kashi & Mahakal corridors and the Statue of Unity amongst other such places, built in the larger public interest and without any political motives. He is said to have encouraged MPs to visit these locations and organise visits for the public to these historic locations,” the sources added.
India has assumed the presidency of G 20 in December 2022 for an entire year and over 600 programmes across 55 plus cities would be held in the span of a year.
Calling the opportunity the nation’s pride, sources quoted PM Modi as saying that the message needs to be carried far and wide and public participation should be encouraged.
PM Modi, who since he took over the office in 2014 has kept perfect health and as records have shown that has never taken a single day of leave, also had advice for his party colleagues.
“In each of the three meetings, Modi is said to have asked MPs of how many of them conducted regular health checkups and if not then they should do so without delay,” sources said.
“The responsibility of the Rajya Sabha MPs who come elected from the council of states is equal if not less than the elected representatives, is the point that PM Modi underscored,” they added.
While PM Modi, Union home minister Amit Shah and defence minister are Lok Sabha MPs, several top ministers in the central government are Rajya Sabha MPs. LoH Piyush Goyal, finance minister Nirmala Sitharaman, foreign minister Subramaniam Jaishankar, civil aviation minister Jyotiraditya Scindia, oil minister Hardeep Puri and education minister Dharmendra Pradhan come from the Upper House.
Aiming to score a hattrick of Lok Sabha poll wins in 2024, the Bharatiya Janata Party (BJP) has stepped up its preparations. The party is focusing on the seats that it lost in the 2019 general elections.
The BJP already has a plan in place for Lok Sabha with 160 seats identified that the BJP hasn’t won before. 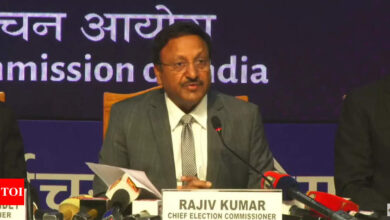 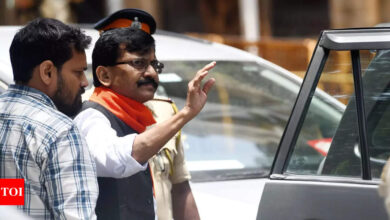 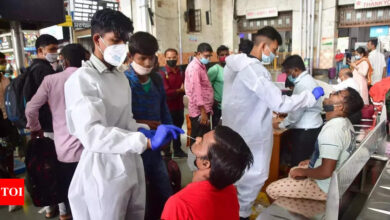