For the first time in nearly three years – since the pandemic numbers first started rising in March 2020 – India reported less than 100 new Covid-19 cases on Monday, as infections continued to drop to fresh lows. Also, no Covid death was reported in the country for four days at a stretch, again a first since March 2020.

India reported 83 fresh cases on Monday, down from 114 on the previous day. India had first reported more than 100 cases in a day on March 27, 2020, and the daily tally hadn’t fallen to double digits since then, as per TOI’s Covid database. Cases have been steadily falling in India despite the massive wave in China, and consequent fears of a fresh surge in the country. In the week ending Sunday (January 9-15), India recorded 1,062 Covid cases, which too was the lowest weekly tally since March 23-29, 2020.
Deaths from the virus too have fallen to the lowest since March 2020. In the week gone by, just four fatalities were recorded. And, for four consecutive days till Monday, the country reported no Covid deaths – again, the longest period of zero fatalities since March 25, 2020.

South India, along with Maharashtra, continued to register a majority of new cases in the country. Of the 1,062 new infections recorded last week, as many as 831 came from Maharashtra and the south. Kerala again logged the highest number of cases during the week – 314, down from 383 in the preceding seven days. Like in the week before. Karnataka reported the second highest case count at 214, as compared to 225 in the previous week, followed by Maharashtra with 124, marginally down from 132.
Delhi, which reported zero new cases on Monday, had logged 32 last week, down from 48. Among states and UTs, Pondicherry was the only place which saw a minor surge in cases. The UT recorded 80 fresh infections during the week, up from 35 in the previous seven days.
DCGI OKs Covovax as heterologous booster dose
The Drug Controller General of India (DCGI) has approved market authorisation to Covid-19 vaccine Covovax. It will be used as a booster dose for adults who have been administered two doses of Covishield or Covaxin, sources said. The DCGI’s approval came following recommendation by the subject expert committee of the Central Drugs Standard Control Organisation . Prakash Kumar Singh, director of government and regulatory affairs at the Serum Institute of India , had written to the DCGI for the approval of Covovax heterologous booster dose in view of the escalating Covid-19 pandemic situation in some countries, an official source had said.
Reports on vaccine side-effects not correct, says govt
The Union health ministry on Tuesday said media reports claiming admission of ‘multiple side-effects of Covid-19 vaccines’ by Indian Council of Medical Research (ICMR) and Central Drugs Standard Control Organisation (CDSCO) officials are ill-informed and erroneous. Citing an RTI response, a recent news report had claimed that ICMR and CDSCO officials have admitted to side-effects of vaccines, citing a plethora of ramifications arising out of them. In India, the National Technical Advisory Group on Immunisation has periodically reviewed the benefits and side-effects of Covid vaccines used in the country and has endorsed the above findings. 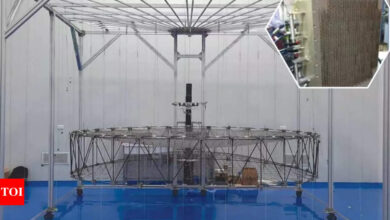 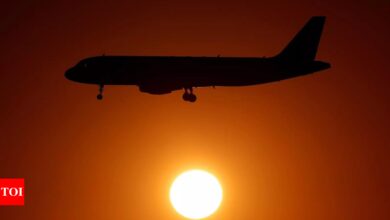