KOZHIKODE: It will be “impossible” for the BJP to replicate its 2019 electoral triumph in 2024, senior Congress leader Shashi Tharoor has said, adding it is “conceivable” that the ruling party can lose “50 seats” in the Lok Sabha.
The Thiruvananthapuram MP, who was speaking at the Kerala Literature Festival here on Friday, said while he concedes the BJP’s dominance, it is also a fact that they have lost many states and them losing the central government is not impossible.
“If you look at how well they (the BJP) did in 2019, they have essentially had every seat in Haryana, Gujarat, Rajasthan; or all but one seat in Bihar, MP (Madhya Pradesh), Maharashtra; and 18 seats in Bengal.
“Now, all of those results are impossible to replicate and the BJP dropping below the majority in 2024 is entirely possible,” Tharoor argued during a session titled ‘[email protected]: A walk through the Democratic Institutions’.
Terming the Pulwama attacks and the Balakot strike, which he said led to a “tremendous wave” at the last minute — a “freak” that won’t be repeated in 2024 — the 66-year-old said a drop of 50 seats for the BJP and gain for the opposition parties is entirely “conceivable”.
However, on the important question of whether the opposition parties, which Tharoor predicts will trump the BJP from its majority position, will stay together is something that he said is “impossible to answer”.
“If the BJP is at 250 and the others are at 290… will those 290 agree or would the BJP be able to pick 20 here and 10 there from parties that want favours from the central government of the day and then form the government. We don’t know,” he stated.
The BJP won 303 seats out of 543 in the 2019 Lok Sabha elections while the Congress only managed 52.
Talking about challenges that India faces after 75 years of Independence, Tharoor, who despite admitting that dynasticism in a democracy is a “challenge”, said those singling out his party should also look around the country.
He argued that with the sole exception of the “Communists and the BJP”, ironically on the polar end of the political spectrum, every party seems to have dynastic politics.
“When we point the finger and say the ‘Congress dynasty’… you look around the country and what you see Mulayam Singh (Yadav) is succeeded by his son, Lalu Prasad Yadav is succeeded by his son, Karunanidhi is succeeded by his son, Bal Thackeray is succeeded by his son, Sharad Pawar… he is very much there but his heir apparent is his daughter and his nephew,” he added.
Billed as one of Asia’s biggest literature meets, the Kerala Literature Festival is hosting an eclectic mix of literary and culture icons ranging from Nobel laureates, Booker Prize-winning writers, senior politicians to historians, film personalities, diplomats and artists.
The list of speakers include 2022 Booker Prize winner Shehan Karunatilaka, Nobel laureates Ada Yonath and Abhijit Banerjee, American Indologist Wendy Doniger, actor Kamal Haasan, children’s author Sudha Murty and veteran singer Usha Uthup. 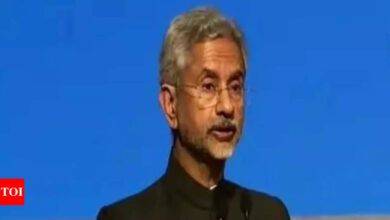 Just as Pandavas could not choose their relatives, India can’t choose its neighbours: Jaishankar on Pakistan | India News 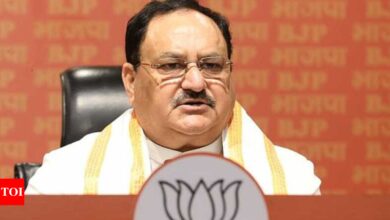 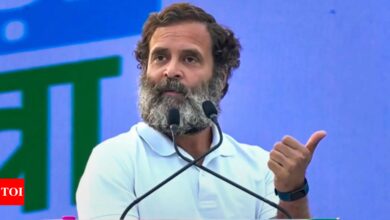 Govt diverting attention of people and then looting them: Rahul Gandhi in J&K | India News 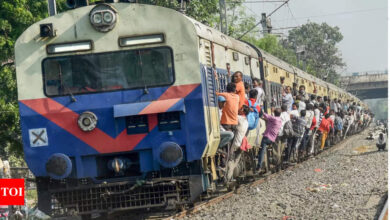