KARNAL: Congress leader Rahul Gandhi on Sunday invoked Bhagavad Gita, saying he is doing his job by raising awareness against fear, hatred, economic inequality, unemployment and inflation in the country through the party’s Bharat Jodo Yatra and not worrying about results.
“I am doing my job of raising awareness against fear, hatred, economic inequality, unemployment and inflation as Bhagavad Gita teaches us to do work and not to worry about the result,” Rahul said replying to a question whether this yatra would help the Congress politically or not.
He was interacting with the media on the sidelines of the Bharat Jodo Yatra at Samana village on Karnal-Kurukshetra border in Haryana.
“Fear is being spread, the voice of people is being suppressed and the country is being divided on the basis of castes and religions by the BJP, but the Bharat Jodo Yatra is against all of these,” he said.
“Congress is an organisation of ‘tapasya’ (perseverance), while the BJP and RSS are organisations which force people to do worship. Whereas the Bharat Jodo Yatra aims to worship hard work and skill. We have succeeded in awakening the people of the country,” added Rahul.
When asked about any roadmap for creating employment in the country, Rahul said that if the government protects small and medium industries and respects the skills, then every hand will work and India will become a developed country.
He alleged that the wealth of the country is being controlled by 3-4 people, leading to unemployment and inflation in the country.
Rahul claimed that the Congress party will form the government in Haryana in the 2024 election.
Replying to a question that whether the Congress will implement the Swaminathan Report on MSP if voted to power in 2024, he said that there is a need to discuss this with other party leaders, but if it gets mentioned in the party’s manifesto, it will be implemented.
Amid severe cold, the Bharat Jodo Yatra resumed on Sunday morning at 6:20 from Dodwa village near Taraori in Karnal.
On the second day of Bharat Jodo Yatra in Karnal, Rahul marched around 12km and entered Kurukshetra district.
He was accompanied by former Haryana chief minister Bhupinder Singh Hooda, Kumari Selja, Deepender Hooda and other leaders. During the yatra, a group of youngsters greeted Rahul by removing their shirts. 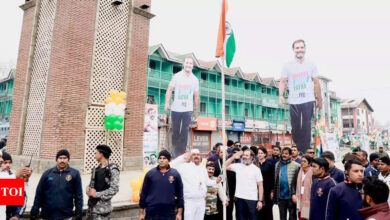 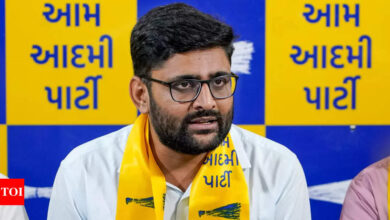 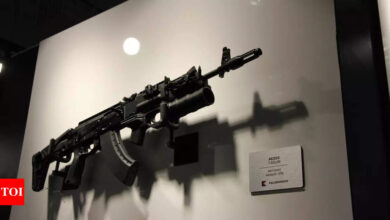