Many credit Dakota Johnson with helping to deal the death blow to Ellen DeGeneres’ career.

But that doesn’t mean that Dakota can’t sabotage herself, too.

In recent years, Armie Hammer’s victims have come forward to accuse him of vile things and sensational things.

For reasons that only she knows, Dakota decided to make a joke out of all of that human suffering.

Dakota Johnson gave a speech at the podium at Opening Night: A Taste of Sundance presented by IMDbPro.

During the Thursday event, she was ostensibly there to sing the praises of director Luca Guadagnino.

Luca directed Call Me By Your Name. Dakota cracked a joke about playing a non-human role in the film: the peach.

One would normally assume that this would be impossible (or at least uncomfortable), but both the actor and director tested it in real life. Separately, mind you.

“Sadly, I wasn’t in [Call Me By Your Name],” Dakota quipped. “Because I would’ve been another woman that Armie Hammer had tried to eat.”

Actually, no, that’s not the truth, Dakota. But we’ll get to that in a moment.

When Dakota voiced this “joke,” a few people let out an awkward chuckle. Then, a prolonged and awkward pause filled the audience.

Finally, people cheered — apparently, eager to break the tension and move on.

Guadagnino’s latest project is Bones and All, which happens to involve … well, cannibalism. After a fashion.

(At the risk of getting too technical, “eaters” in the film don’t seem to be normal humans, but it’s either cannibalism or something very similar)

Because of this, Dakota quipped: “Who knew cannibalism was so popular?”

Honestly, it’s a bad joke for a couple of reasons.

Secondly, and more importantly, there are rape accusations against Hammer. His cringe text messages are pretty meaningless compared to the allegations of abuse, manipulation, and sexual assault. And it renders the whole thing pretty un-funny.

We do have to be insufferable nerds for a moment and address Dakota’s line about the peach because … it doesn’t make sense?

In the film, Armie Hammer’s character does not eat the (what we will euphemistically call) “yum-filled” peach.

Yes, in the book, the character very knowingly eats the peach in a very charged scene. Not in the film. In fact, Slate bemoaned this change in a 2017 article. So Dakota didn’t even have her facts straight. Corny. 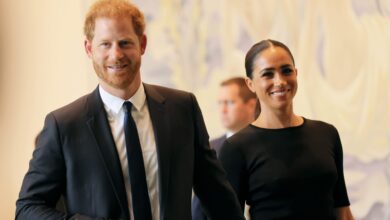 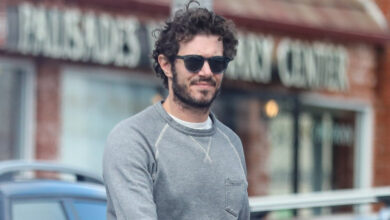 Adam Brody Picks Up Breakfast to Go in Santa Monica 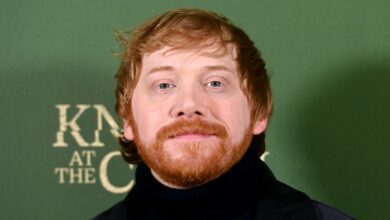 How Many Kids Do Rupert Grint and Georgia Groome Have? 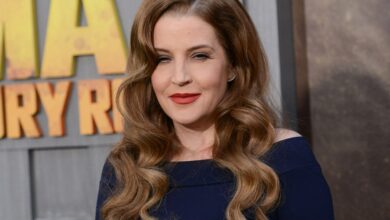 Lisa Marie Presley, Only Child of Elvis, Dead at 54